Thinking about cloth diapering but confused by all the terms? This cloth diaper terminology post will help you make sense of it all!

If you are unfamiliar with cloth diapers like I was then you probably picture the cloth diapers that your grandmother used; you know, the big white cloth with the terrifying looking safety pins?

However, cloth diapers today are NOT your grandma’s cloth diapers! They come in many styles and are much easier to use then those old safety pins!

Of course, with all the variety comes confusion, at least to those who are not already in the cloth diapering world.

Prefolds, Pockets, AIO’s, AI2’s??? What in the world are these mamas talking about?

All the cloth diaper terminology can drive newbies away, thinking cloth diapering is too confusing.

In this post, we are going to go through each item, name, and cloth diaper terminology one by one.

By the end of this post you will be a pro or at least you will finally know what an AIO is. 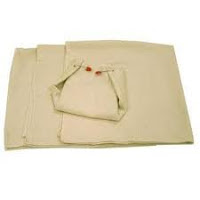 Flats – These are your grandma’s cloth diapers. Flats are rectangles of material that you then need to fold and fasten using either safety pins or Snappi (more on Snappi’s below).

These are not waterproof and thus need a separate cover. These dry fast and are one of the cheapest options in the cloth world.


Prefolds – Much like Flats these are rectangles of fabric but have had some of the folding done for you. You still need to fold and fasten these yourself.

Prefolds are what you will see in baby stores that many people use for burp cloths. Prefolds are not waterproof and need a separate cover. Like Flats, these are fast drying and cheap. 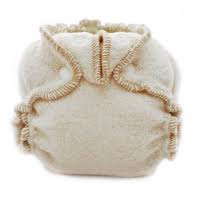 Fitted Diapers – Picture a disposable diaper but made out of fabric. These diapers are hourglass in shape and close with Velcro or snaps.

Fitted diapers are not waterproof and require a separate cover. These are still pretty cheap and yet are closer to a disposable diaper and therefore less intimidating. 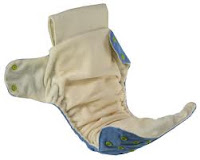 Pocket Diapers – These are much like disposable diapers in shape. They close with either Velcro or snaps. Pocket diapers have a waterproof outer layer and the inner layer consists of fabric with a pocket.

This pocket is where you stuff your absorbent insert. This insert comes out of the diaper for cleaning and makes drying time quicker. 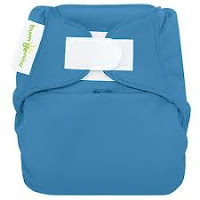 AIO’s – Picture a disposable made entirely out of cloth with a waterproof outside and you have an AIO. AIO stands for All In One and it is just that.

AIO’s however, do take longer to dry as you cannot separate any of the absorbent layers and they tend to be the most expensive option. 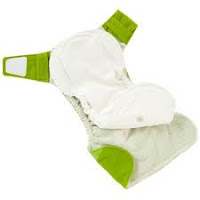 AI2’s – These are similar to AIO’s except that the absorbent insert is removable. AI2 as you might have guessed, stands for All In Two.

AI2’s consist of 2 pieces; the waterproof cover/shell and the absorbent insert. The insert is usually snapped into the cover/shell, however it may also be simply laid in.

AI2’s take longer to dry then Prefolds or Flats but they dry faster then AIO’s because the absorbent part is removable. The real advantage to AI2’s is that since the insert is removable you can reuse the same cover/shell over and over.

For instance, if you need to change your baby you just switch out the insert and keep the same cover. I personally favor AI2’s and use GroVia’s hybrid AI2 diapers (I like to use them with their organic inserts) 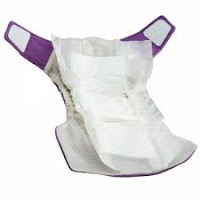 Hybrids – Hybrids are usually lumped together with AI2’s as they usually are an AI2. Hybrids consist of a cover/shell just like an AI2 but the insert has two different options.

One option is cloth in which case it’s just an AI2, the other option is a disposable or biodegradable insert. These inserts can be used and simply thrown away or sometimes even flushed down the toilet.

Hybrids are great for those who do not want to create as much waste as disposables but are still leery of washing cloth diapers. They are also great for long vacations when washing would be hard to come by. Hybrids when used with disposable liners tend to cost as much as disposables.

Those are the basic styles of diapers. Now we’ll talk about the other terms that come up when you are in the cloth diaper world.

Diaper Covers – These are needed by all non-waterproof diapers (flats, prefolds, and fitteds). Diaper covers are just a waterproof shell that goes on over the diaper. 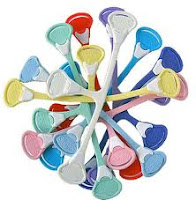 Snappi – The modern alternative to safety pins. A Snappi is a plastic device is used to hold flats, prefolds, or sometimes fitted diapers together without needing pins.

Hook & Loop – This is the term used to describe diapers with Velcro like closure.

One Size – Abbreviated OS. These diapers can be pockets, fitteds, AIO, or AI2/Hybrids. One size means that the diaper is adjustable so that it will fit babies from newborn to toddler.

Liners – Can be either made of paper or cloth and is used to give a bit of stain protection as well as easier poop removal.

Longies – A wool diaper cover, which usually looks like pants.

PUL – Polyurethane Laminate, a waterproof material that is laminated or chemically bonded onto fabric (usually polyester but can be cotton)


TPU –  Thermoplastic Polyurethane, a waterproof material that is heat bonded onto fabric. Softer feel then PUL but must not wash in hot as it will make it not as durable. 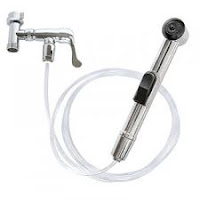 Diaper Sprayer – A sprayer that is attached to the pluming of your toilet to make removing solids from cloth diapers easier. You can find diaper sprayers on Amazon.

Cloth Wipes – The cloth alternative to disposable wipes. Can be made from terry cloth, flannel, bamboo, velour, etc. Can be used with a wipe solution or just water. Read more about why you might want to use cloth wipes!

Pail Liner – A fabric bag used to keep a diaper pail inside. Usually made with PUL so that it is waterproof. The bag can be easily removed and washed with cloth diapers diapers. 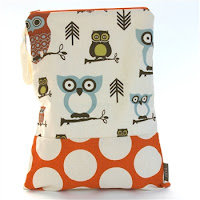 Wet Bag – A fabric bag with either a zipper or drawstring closure so that you can place dirty diapers in the bag while you are out and about. Some families choose to use a wet bag at home instead of a pail and pail liner. I personally prefer Planet Wise wet bags.